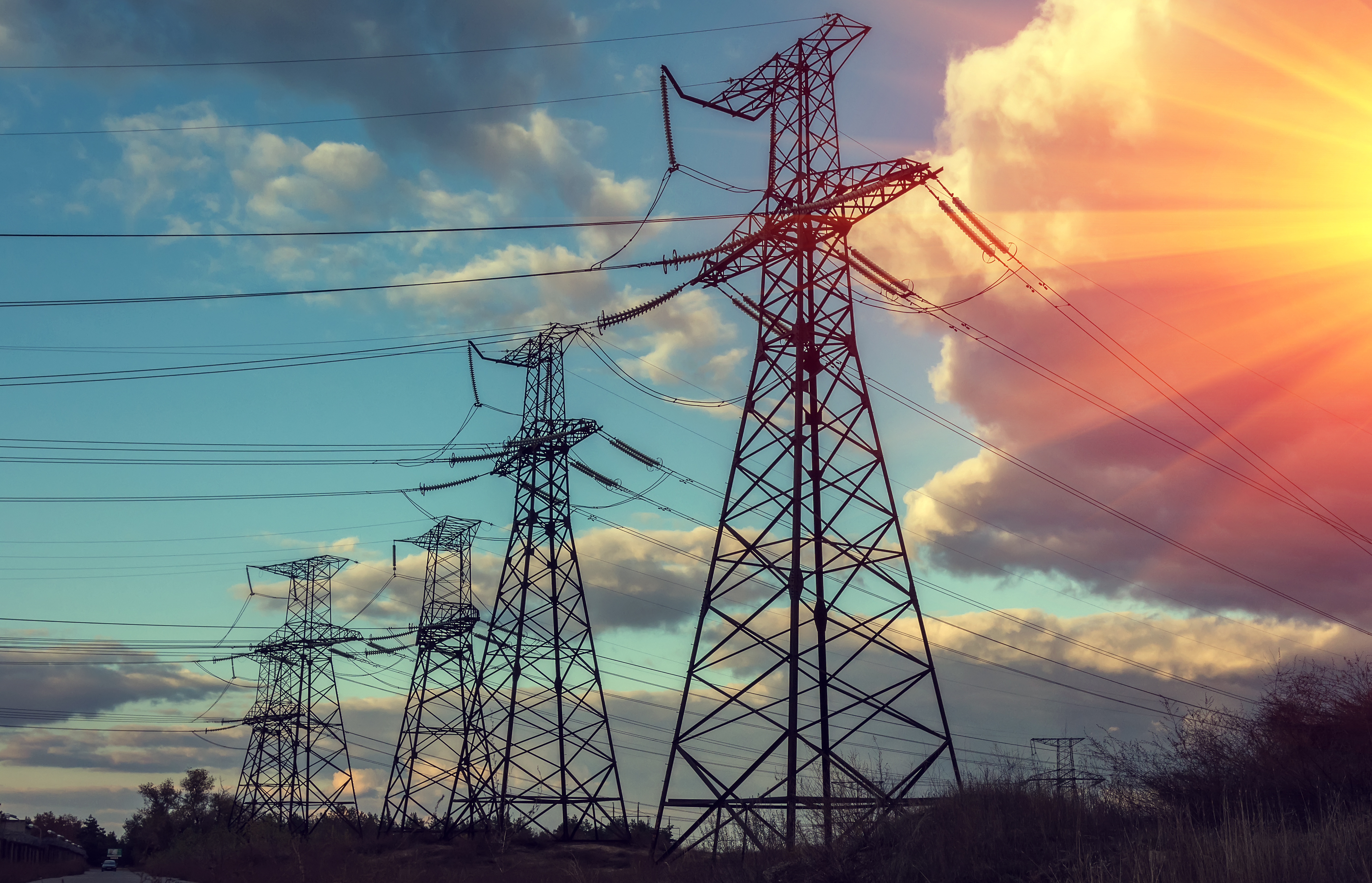 Please see our summary below of notable energy regulatory activity at the Virginia State Corporation Commission (“SCC” or “Commission”) during December, 2019. During the last month, among other activity, the SCC Staff filed objections to a major rate increase request by a southwest Virginia utility and to an infrastructure spending plan filed by Dominion Energy (“Dominion”); environmental and consumer advocates opposed a green tariff proposal filed by Dominion; and the Commission established a procedural schedule for reviewing a time-of-use proposal intended to encourage energy consumption during off-peak hours. Finally, a natural gas utility requested SCC approval of a $345 million pipeline and compressor station construction project in eastern Virginia.

Please contact one of our energy regulatory attorneys, Will Reisinger or Matt Gooch, should you have any questions about these cases or Virginia’s energy market.

Keep up to date with the progress of regulatory activity and energy market developments in Virginia at ReisingerGooch.com.

Kentucky Utilities, doing business as Old Dominion Power (“KU/ODP”), is requesting a $12.7 million increase in revenues, which would increase a typical residential customer’s bill by 21.4%. KU/ODP is an investor-owned utility serving about 30,000 customers in Scott, Lee, and Wise Counties in southwest Virginia. KU/ODP says it needs a base rate increase due to increased environmental regulatory costs. The utility also says that lower electricity sales means it is not recovering its authorized rate of return. KU/ODP, unlike Dominion and Appalachian Power Company, is regulated under Chapter 10 of Title 56 of the Code of Virginia. Because KU/ODP is not subject to the ratemaking laws found in Chapter 23 of Title 56, the SCC is permitted to set the utility’s rates and its rate of return at levels the Commission finds to be just and reasonable. (Chapter 23 contains unique provisions limiting the SCC’s rate setting authority in several respects.)

On December 6, the SCC Staff filed its direct testimony. The Staff recommended that the SCC approve a much smaller rate increase of approximately $6 million per year. The Staff’s recommendation was primarily based on a lower rate of return on common equity (“ROE”) of 8.7%, whereas the utility’s rate increase request was based on a 10.5% ROE. The Staff also noted that in recent years KU/ODP has consistently overestimated its generation capital spending needs. The SCC will hold an evidentiary hearing on January 22.

Dominion has requested approval to implement three battery storage projects, including one storage project at an existing utility scale solar facility. Dominion proposes to deploy two 2 MW batteries at existing substations and a 10 MW system at the company’s Scott solar facility. The total cost of the facilities is approximately $33 million. The 2018 Grid Transformation and Security Act, Senate Bill 966, directed the SCC to conduct a battery storage pilot program, and for Dominion to file an application proposing new storage resources. The legislation also provided that the costs of the battery storage pilot program must be recovered through Dominion’s existing rates. This means that customers will not see a separate rate adjustment clause rider on their electric bills.

The SCC will hold an evidentiary hearing on January 14.

On December 20, the SCC Staff filed its direct testimony. The SCC Staff does not support approval of Dominion’s grid hardening, grid infrastructure, or telecommunications infrastructure spending proposals. Staff states that it cannot verify the estimated reliability or other benefits associated with this spending. These programs account for roughly $210 million of the proposed capital investments. The Attorney General’s Office, in testimony filed on December 13, challenged many of the same proposed programs. The SCC Staff takes no position regarding Dominion’s proposal to install smart meters at all customer locations. Staff, however, raised concerns about the charges Dominion proposes to assess on customers who don’t want to have smart meters installed. In order to opt out of the smart meter program, a customer would be required to pay an initial fee of $85 and an ongoing monthly charge of $29.20. This ongoing fee would equate to a 24% rate increase for a typical residential customer.

Dominion will file rebuttal testimony on January 10. A public hearing will be held on January 28.

The total proposed spending for these programs is $185 million over approximately five years, or $235 million if Dominion seeks recovery for “lost revenues.” Under Virginia law, Dominion may request lost revenue recovery so that it will be compensated for the kilowatt-hours saved by the efficiency programs. To date, the SCC has not approved lost revenue recovery associated with any electric utility efficiency program. Dominion states that it is not seeking lost revenues in this proceeding, but is not waiving its request to recover lost revenues in future cases. The SCC’s final order in Dominion’s 2018 energy efficiency update case noted that “while we need not make a definitive ruling [on lost revenues] in this proceeding, there appears to be a good argument that any claim for lost revenues would be more appropriately considered in the context of a base-rate earnings review.”

The new program spending would be recovered through an updated cost recovery rider. The program spending is expected to increase the monthly bill for a residential customer using 1,000 kWh per month by $0.34. The SCC will hold an evidentiary hearing on April 29.

On December 23, the SCC established a procedural schedule for reviewing Dominion’s time-of-use (“TOU”) rate proposal. On December 12, Dominion filed an application for approval of a TOU rate schedule under which participating customers would be charged higher rates during on-peak hours, and lower rates during “off peak” and “super off peak” hours. Dominion states that time-varying rates “can provide more accurate price signals to customers that are better aligned with cost causation than standard rates and that, through improved price signals, such rate structure can incentivize behavioral changes in customers taking service under time-varying rates.” Under Dominion’s proposal, residential TOU customers would be charged the same basic customer charge as non-TOU customers and would pay all applicable transmission, distribution, and rider charges based on their usage. Dominion states that the TOU rate schedule would only be available to customers who have smart meters installed.

Dominion proposes to limit the TOU rate schedule to 10,000 customers. Customers who participate in certain energy efficiency programs, including Dominion’s AC Cycling program or the Company’s proposed Smart Thermostat program, would be ineligible. Net metering customers with solar facilities of 10kW or larger would also be ineligible. The Commission will hold an evidentiary hearing on May 5, 2020.

On July 23, Dominion filed a request for approval of a new 100 MW solar facility in Greensville County (the US-4 application). The estimated costs to construct the US-4 facility and related transmission assets is $146 million. Dominion’s application notes that utility-scale solar facilities are more cost effective, and provide greater customer benefits, than combined cycle gas facilities. The facility would utilize single-axis tracking technology, which results in higher capacity factors (i.e., generation performance) of solar arrays. The costs to construct the solar facility would be recovered through a rate adjustment clause, which would increase the monthly bill for a residential customer using 1,000 kWh by $0.17.

On October 22, the SCC Staff filed testimony stating that it “does not recommend approval” of the application as filed. Staff expressed concern that Dominion’s proposal to own and operate the facility (as opposed to purchasing the power via a power purchase agreement) places significant risks on customers. Staff argued that Dominion’s proposal “is not cost competitive with third-party solar PPAs that were available to Dominion.” Staff also argued that the 100 MW solar addition “is not needed as a capacity resource.”

On September 6, Appalachian Power (“APCo”) filed a petition requesting permission to provide broadband service in Grayson County, Virginia. 2019 legislation, codified in Va. Code § 56-585.1:9, authorizes APCo to offer broadband services in areas without a broadband provider. APCo provides two different scenarios, with annual costs between $1.5 and $2.5 million. APCo states that the program will benefit its customers because it will use the fiber infrastructure to improve the quality and reliability of electric service in Grayson County and provide a communications platform for grid improvements, including installation of advanced metering infrastructure. The broadband service costs could be recovered through APCo’s base rates or a rate adjustment clause for “grid transformation” investments; however, the statute prevents APCo from recovering broadband service costs before July 1, 2020.

On December 20, the SCC filed direct testimony. Staff does not oppose approval of the pilot, but recommended that APCo should be required to file biannual reports including the amount of fiber installed and describing the estimated economic benefits in southwest Virginia. An evidentiary hearing will be held on January 24. Interested parties may participate in this case by filing a notice of participation on or before November 20.

On November 21 and 22, the SCC held an evidentiary hearing regarding Dominion’s pending 100% renewable energy tariff, Rider TRG. Rider TRG customers would pay a premium of 0.421 cents per megawatt-hour to purchase the tariff’s renewable energy, which would increase a 1,000 kWh monthly bill by $4.21. The generation for Rider TRG would be sourced from solar, hydroelectric, and biomass generation facilities as well as from Dominion’s Virginia City coal plant. (Dominion estimates that the coal mixture burned at this plant will consist of 90% coal and 10% biomass wood waste by 2023.) If the SCC approves Rider TRG – and finds that it constitutes a 100% renewable energy tariff pursuant to Va. Code § 56-577 A 5 – Dominion customers would no longer have the option to purchase renewable generation from competitive suppliers.

In comments filed on November 14, the Virginia Department of Mines, Minerals, and Energy (“DMME”), the City of Alexandria, the City of Arlington, and 13 companies representing some of the largest employers in Virginia filed letters opposing Rider TRG. DMME, among other things, stated that approval of Rider TRG would not support any new renewable energy development and would be “detrimental to state energy goals.”

At the hearing, Dominion continued to advocate for approval of the tariff. Dominion offered to remove the Virginia City coal plant from Rider TRG, but resisted arguments to remove all carbon-emitting biomass energy sources. The parties filed post hearing briefs on December 20. Almost all of the respondents, including environmental groups and consumer advocates, opposed the application. The Attorney General was the only respondent to not take a position on the application. In Virginia, the Attorney General, pursuant to Va. Code § 2.2-517, is supposed to represent the interests of customers in SCC proceedings such as this one. There is no deadline for the SCC to enter a final order.

On December 6, the SCC approved Columbia Gas of Virginia’s (“CGV”) updated Steps to Advance Virginia’s Energy Plan (“SAVE”) rider. The SAVE statute, § 56-603, allows gas distribution companies to seek rider recovery for costs to replace aging infrastructure, increase safety and efficiency, and decrease emissions. CGV will to increase the authorized spending on its SAVE plan and incorporate additional programs during the 2020-2025 time frame.

On December 6, Virginia Natural Gas (“VNG”) filed a request for SCC approval to undertake $345 million in new infrastructure projects. The capital projects include new compressor stations and approximately 25 miles of pipeline facilities. VNG states that the infrastructure projects are necessary to serve a planned 1,040 MW combined cycle gas facility in Charles City County being constructed by an independent power producer, C4GT, LLC. VNG states that 94% of the infrastructure costs will be borne by C4GT.  A public hearing will be held on May 12, 2020. Interested parties my intervene by filing a notice on or before March 3, 2020, and members of the public may file public comments on or before April 28.