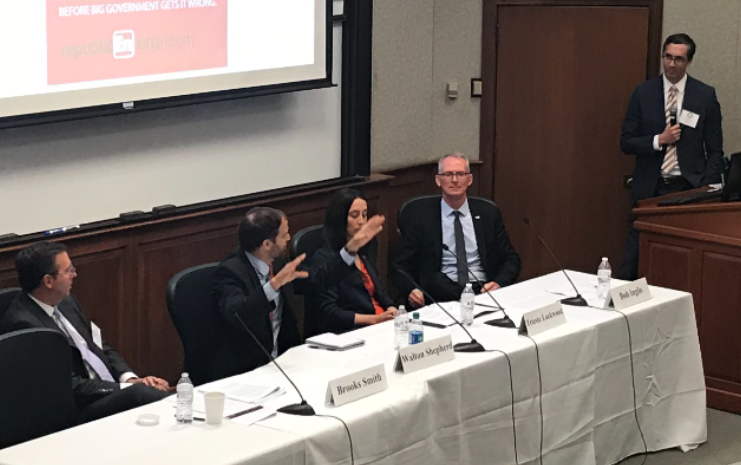 RECs, ZECs, RGGI, and MOPR… the energy acronyms were flying at last week’s National Regulatory Conference in Williamsburg! We were pleased to play a role in this year’s conference, which has become a must-attend event for energy practitioners in Virginia and throughout the country.

Speakers debated the merits of state subsidies for nuclear units participating in PJM’s capacity market. In particular, panelists discussed Zero Emissions Credits (“ZECs”), which are ratepayer-funded payments that some states have enacted to support generating facilities that do not emit carbon dioxide. A representative from Exelon Corporation, one of the country’s largest nuclear operators, argued that such subsidies are necessary to keep these zero-carbon resources online. Exelon has argued that the continued operation of its nuclear fleet is critical to address the climate crisis.

Finally, our own Matt Gooch moderated a lively panel discussion regarding the future of carbon regulation in Virginia. The panel included a policy adviser to Virginia Governor Ralph Northam, a lawyer from the Natural Resources Defense Council, and one of the lead attorneys supporting the proposed Atlantic Coast Pipeline. Additionally, former Congressman Bob Inglis (R-SC) of republicEn advocated for a market-based approach to carbon reduction. Inglis, citing conservative economist Milton Friedman, argued that Congress should pass a revenue-neutral carbon tax in order to curb emissions.

Please do not hesitate to contact Will Reisinger or Matt Gooch should you have any questions about any of these renewable or advanced energy regulatory matters. Stay up to date with energy and environmental legal developments at ReisingerGooch.com.