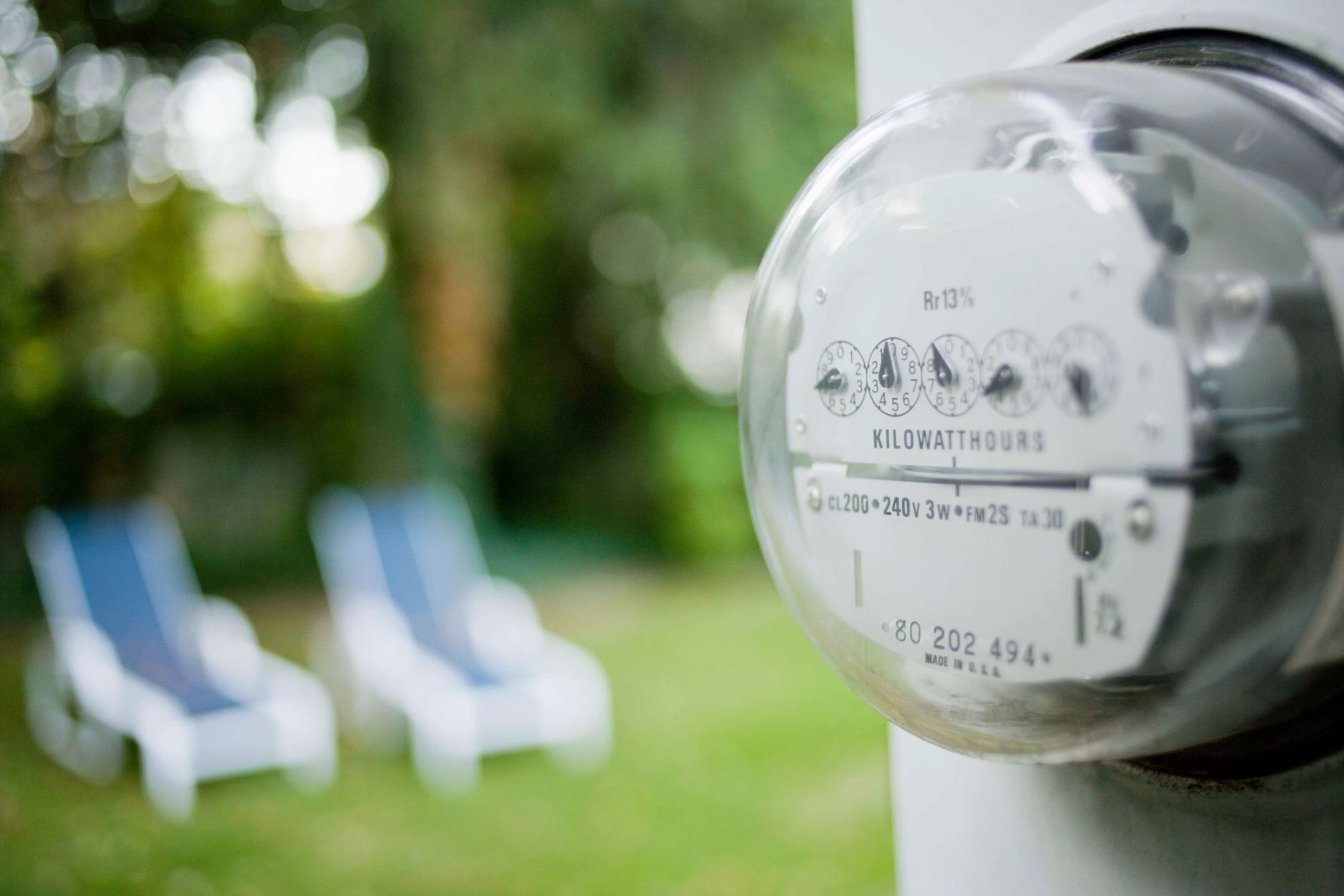 Below is our firm’s summary of notable energy regulatory activity at the Virginia State Corporation Commission (“SCC” or “Commission”) during May, 2021. During the last month, among other activity, the SCC approved Appalachian Power Company’s (“APCo”) request for an increase in transmission rates. Meanwhile, APCo and other interested parties debated another proposed rate increase that would recover environmental compliance costs at two coal facilities.

Please contact regulatory attorneys Will Reisinger or Matt Gooch should you have any questions about these cases or Virginia’s energy market. ReisingerGooch PLC provides regulatory and transactional counsel to clean energy businesses and public interest organizations.

On May 18, the SCC approved APCo’s proposed transmission RAC. The SCC noted that the costs represent FERC-approved charges and that there was no opposition from interested parties. In approving the updated RAC, the SCC stated that “we are sensitive to the effects of rate increases, especially in times such as these. The Commission, however, must follow the laws applicable to any rate case, as well as the findings of fact supported by the evidence in the record.” The utility is seeking additional rate increases in several separate dockets, including Case Nos. PUR-2020-00015 and PUR-2020-00258.

On June 11, 2020, the SCC directed Dominion and Appalachian Power (“APCo”) to file proposals to implement a new Percentage of Income Payment Plan (“PIPP”) program for low-income customers. The PIPP program, mandated by the 2020 Virginia Clean Economy Act, is intended to limit the electric utility payments “of persons or households participating in certain, specified public assistance programs, based upon a percentage of their income.” The legislation required the SCC to develop regulations to implement the program, including a “non-bypassable” universal service charge, paid by all utility customers not participating in the program. The universal charge is intended to fund the PIPP program.

On July 21, 2020, Dominion and APCo filed their initial PIPP plan proposals, including the estimated fees required to support the program. On December 23, the SCC entered final orders in both dockets, establishing the PIPP fee for both utilities. The SCC noted that the initial fee level for both utilities “could be adjusted up or down in a future proceeding depending on additional information that may hereafter become available, further direction from the General Assembly, and other factors.” On May 12, 2021, responding to a directive from the Commission, both utilities filed updated proposals to implement a universal service fee to fund the programs. The SCC directed each utility to file updates based on 2021 legislation, which expanded the eligibility criteria for each program.

Both utilities stated that the expanded eligibility requirements will increase potential participation and costs of the PIPP. Dominion estimated that the legislation will increase costs by about $5 million, while APCo estimated that the cost increases would be less than $1 million. Interested parties filed responses to the utilities’ filings on May 28. While not taking issue with the revised cost estimates, several parties filed technical recommendations regarding implementation of the PIPP.

On December 23, Appalachian Power (“APCo”) filed a request for approval of a revised rate adjustment clause to recover proposed environmental compliance expenditures at two West Virginia coal plants. APCo is requesting cost recovery for the installation and retrofitting of coal ash ponds at the Company’s Amos and Mountaineer Plants as well as operations and maintenance costs related to compliance with Clean Water Act requirements. The utility proposes to invest approximately $250 million in capital expenses at the two coal facilities. APCo claims that the plants would be required to close if the coal ash ponds are not retrofitted. The Amos facility began operation in 1971, while the Mountaineer facility began operation in 1980.

On April 9, the Attorney General and Sierra Club filed expert testimony opposing APCo’s proposal. The Attorney General’s expert testimony opposes the proposed $250 million capital improvements based on flaws in APCo’s cost-benefit analysis. The Attorney General’s expert also noted that APCo failed “to consider impacts of the Virginia Clean Economy Act and the risk of potential compliance cost increases due to future environmental regulations,” which may require the facilities to retire early. Sierra Club’s testimony urges the SCC to approve only the capital investments that would allow the facilities to run until 2028. Sierra Club argued that ratepayers would benefit if both facilities were retired in 2028, instead of 2040 as proposed by the utility. On May 7, the SCC Staff filed its direct testimony. While not explicitly opposing APCo’s proposal, the Staff notes that the utility’s cost-benefit analysis “includes information that could not be verified” and does “not provide confidence in the projected benefits to ratepayers.” Additionally, Staff cited the general declining economics of coal plants in PJM, finding that “it would appear to be inconsistent with market and industry trends to assume that the Amos and Mountaineer Plants will be able to operate economically in the market through 2040.”

If approved, the proposed rate rider would increase the monthly bill of a residential customer using 1,000 kilowatt-hours per month by $2.50, or 2.4%, when compared to rates effective November 1, 2020. APCo is also seeking rate increases in several other pending cases. An evidentiary hearing is scheduled for June 23.

On November 9, Dominion filed a petition to establish a new rate adjustment clause to recover the costs associated with participation in the Regional Greenhouse Gas Initiative (“RGGI”). Pursuant to 2020 legislation, Virginia is now a full member of RGGI. RGGI imposes a cap on carbon emissions from generating facilities in Virginia. The initial cap of 27.1 million tons of carbon emissions declines to 19.6 million by 2030. RGGI requires power plant owners to purchase and hold “allowances” for each ton of carbon emitted. Virginia law allows Dominion and Appalachian Power to recover costs associated with participating in RGGI through new rate adjustment clauses. Dominion estimates that it will need to spend approximately $168 million to purchase allowances from the RGGI auction in 2021. Dominion’s proposed RGGI RAC would increase the monthly bill for a residential customer using 1,000 kilowatt-hours by $2.39.

The Commission held an evidentiary hearing on April 28 and parties filed post-hearing briefs on May 19. Appalachian Voices argued that Dominion’s RGGI allowance procurement strategy is fundamentally flawed, and could result in Dominion significantly over-procuring RGGI allowances. Appalachian Voices argued that Dominion should have performed an analysis of alternative scenarios, such as retiring underperforming coal plants. Both Appalachian Voices and the Attorney General’s Office criticized Dominion’s proposal to apply its general rate of return of 9.2% to allowances that are banked, including excess allowances that are not needed for a particular year. The Attorney General’s witness opposed Dominion’s request to recover approximately $4.6 million in financing costs (or “carrying costs”) associated with the RGGI allowances. The Attorney General’s witness noted that Dominion should not recover any carrying costs because the rider mechanism is trued up on an annual basis, thereby ensuring that Dominion fully recovers its costs on a timely basis.

On May 3, APCo filed a petition to establish a new rate adjustment clause (“RAC”) to recover the costs associated with Virginia’s mandatory renewable portfolio standard (“RPS”). Under Virginia’s RPS law, APCo must obtain an increasing percentage of its energy sales from clean energy sources. APCo is entitled to recover all reasonable costs necessary to comply with the RPS through a new RAC. APCo’s proposed RAC would recover approximately $7 million from customers in the first rate year. The $7 million revenue requirement corresponds to the costs of the renewable energy attributes associated with wind power purchased by the utility. The rate increase would result in a $0.89 increase to the bill of a typical residential customer using 1,000 kWh in a month. The SCC has not yet established a procedural schedule for this case.

On August 28, the SCC opened a new docket to establish a standard set of procedures to measure energy savings from new energy efficiency and demand-side management (“DSM”) programs. The order states that “the true test of any DSM program is whether it is the proximate cause of a verifiable reduction in energy usage.” The Commission also noted that the measurement and verification of energy savings “presented in the Company’s annual DSM filings routinely has been a disputed issue among the case participants.” In Dominion’s most recent energy efficiency portfolio proceeding, several parties urged the SCC to open this docket. The SCC’s final order in that docket, Case No. PUR-2019-00201, agreed, finding that “more rigorous evaluation, measurement, and verification is necessary to ensure that the programs are, in actual practice, the proximate cause of a verifiable reduction in energy usage.”

The SCC directed Dominion to make an initial filing including its proposed measurement and verification procedures. Dominion was also directed to propose a sample “dashboard” for reporting annual and lifetime savings for particular programs. Dominion filed its proposal on November 6. The proposal includes a report from its EM&V vendor that provides calculations and describes Dominion’s approach to calculating energy savings from particular programs.

On April 13, the SCC Staff filed direct testimony, including recommendations for Dominion’s future EM&V and reporting procedures. Staff stressed the importance of rigorous EM&V, noting that the VCEA allows Dominion to earn a margin on program costs, provided the utility exceeds the savings targets in the Code. Dominion filed its rebuttal testimony on May 4. In its testimony, Dominion attempts to respond to the recommendations from the SCC Staff and intervening parties. Dominion’s testimony includes a proposed DSM dashboard. Dominion also comments on the metrics that it does not believe should be included in an annual EM&V report. An evidentiary hearing will be held on May 25.

On January 28, Appalachian Power (“APCo”) filed a petition requesting a new rate adjustment clause associated with its efforts to expand broadband service in Grayson County, Virginia. 2019 legislation, codified in Va. Code § 56-585.1:9, authorizes APCo to offer broadband services in areas without a broadband provider. APCo states that its broadband expansion efforts will benefit its customers because it will use the fiber infrastructure to improve the quality and reliability of electric service in Grayson County while providing a communications platform for grid improvements, such as advanced metering infrastructure. The Commission approved APCo’s broadband expansion proposal in March of 2020, but did not approve any proposal for cost recovery.

APCo’s petition requests an annual revenue requirement of $4.9 million for the rate year beginning December 1, 2021. If approved, APCo’s new rate rider will result in a $0.54 increase to the bill of a residential customer using 1,000 kWh per month. The SCC Staff filed direct testimony on May 28. Staff recommends minor adjustments to the proposed revenue requirement, including expenses associated with advanced metering infrastructure (“AMI”). Staff states that AMI costs are “not essential to providing broadband” services. The Commission will hold an evidentiary hearing on July 7.