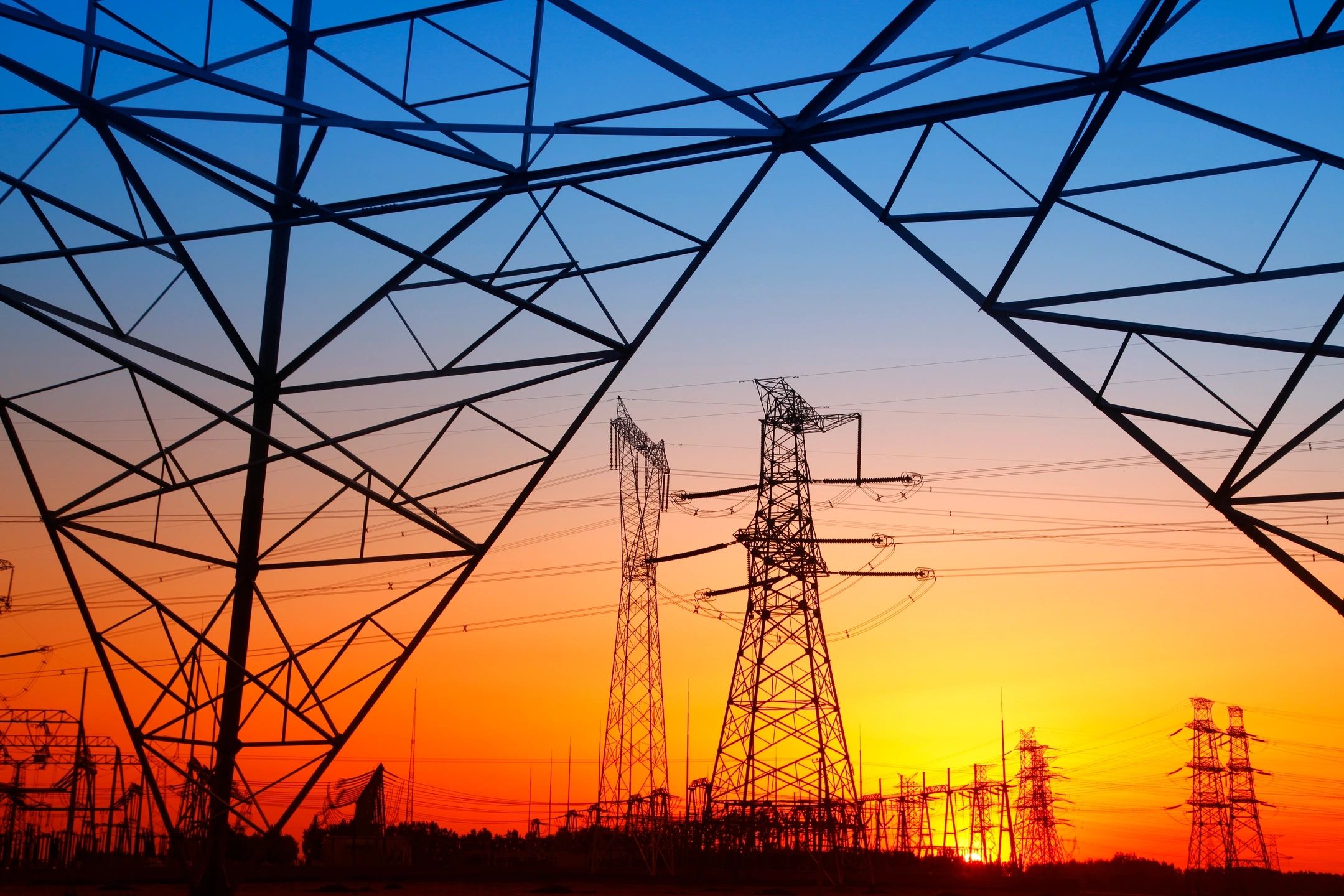 Below is our summary of notable energy regulatory activity at the Virginia State Corporation Commission (“SCC” or “Commission”) during September, 2020. During the last month, among other activity, the SCC continued its efforts to implement the renewable energy and energy storage provisions of the Virginia Clean Economy Act (“VCEA”). The VCEA, which became effective on July 1, includes new mandates and incentives for electric utilities to construct solar, wind, and storage facilities. Interested parties filed testimony regarding Dominion Energy Virginia’s (“Dominion”) 2020 Integrated Resource Plan; the SCC published draft regulations to implement the VCEA’s storage provisions; and the SCC held an evidentiary hearing to review Appalachian Power Company’s (“APCo”) request to increase its base rates. Finally, the Commission declined to extend its moratorium on public utility disconnections in light of the COVID-19 pandemic despite a plea from Governor Ralph Northam.

Please contact regulatory attorneys Will Reisinger or Matt Gooch should you have any questions about these cases or Virginia’s energy market. ReisingerGooch PLC is a Richmond law firm providing regulatory and transactional counsel to clean energy companies and public interest organizations.

On March 16, the SCC issued an order prohibiting utility disconnections for nonpayment for a 60-day period in light of the COVID-19 emergency. The SCC’s order prohibits all regulated utilities – including over 60 electric, gas, water, and sewer companies – from terminating utility service for nonpayment. The order applies to all investor-owned and cooperative utilities. This order was later extended to be effective through October 5. In its order extending the moratorium through October 5, however, the Commission stated that it would not be extended further.

On October 1, the Governor sent a request to the commissioners asking that the moratorium order be extended again, through December 1 or until a General Assembly reconvened session, whichever is sooner. On October 2, the counsel to the commissioners sent a letter to the Governor stating that his request would be denied. The SCC stated that it stands ready to implement any directives from the legislature.

On March 31, APCo filed its initial application for a review of its base rates and earnings for calendar years 2017, 2018, and 2019. APCo argues that it underearned – or earned less than its authorized rate of return on common equity (“ROE”) – for the combined three-year test period. APCo claims that it earned ROEs of 11.36% in 2017, 9.84% in 2018, and 3.78% in 2019, for a total combined ROE of 8.24%. APCo’s authorized ROE is 9.42%. The lower ROE during 2019 is largely attributable to APCo’s decision to record, for accounting purposes, about $90 million in early retirement costs for several coal units that were retired in 2015 and 2016. Accordingly, APCo claims that it underearned for the 2017-2019 review period and is entitled to an increase in revenues. APCo proposes a $65 million base rate increase, which would increase residential customer rates by approximately 6.5%.

An evidentiary hearing was held between September 14-18. Per the statutory timeline, the SCC must enter a final order on or before November 30, 2020.

On May 1, Dominion filed its 2020 Integrated Resource Plan (“IRP”). The IRP represents Dominion’s first attempt to comply with the Virginia Clean Economy Act (“VCEA”), which will go into effect on July 1. Per Virginia law, the SCC must review the plan and determine whether it is “reasonable” and “in the public interest.” On September 15, several respondents filed direct testimony. The Attorney General’s Division of Consumer Counsel filed testimony criticizing Dominion’s decision to continue operating several coal-fired power plants. The Attorney General’s witness attached internal data obtained from Dominion showing that the continued operation of the utility’s newest coal plant, the Virginia City facility, would result in a negative ratepayer value of -$472 million over the next 10 years.

On September 29, the SCC Staff filed the direct testimony of seven witnesses. Among other issues, Staff criticized Dominion for not developing a “least-cost” VCEA compliance plan. Staff asserts that, instead of developing an IRP designed to comply with the VCEA at the lowest reasonable cost for consumers, Dominion’s IRP includes several high-cost resources in all of its modeling. Staff asserted that each VCEA-compliant plan “includes (i) an expensive second tranche of offshore wind, (ii) an expensive pumped storage unit, and (iii) continues to operate the uneconomic [Virginia City plant]” through 2045. Staff also asserted that, based on the proposed resources included in Dominion’s IRP, electric bills for a residential customer using 1,000 kWh per month could increase by between $771 and $808 per year by 2030.

Regarding the Virginia City coal plant, Staff suggested that the Commission may deny future cost recovery for this facility if it is not shut down soon. When discussing the negative NPV for the facility, Staff noted that “if a utility performs a generation unit retirement analysis and that analysis shows that the correct economic decision calls for retiring a unit, and the utility instead chooses to ignore the analysis and run the uneconomic unit anyways, then the utility could be at risk of the Commission finding such a decision was imprudent in future cost recovery proceedings.” Dominion will file its rebuttal testimony on October 13. An evidentiary hearing is scheduled for October 27.

On September 21, the SCC entered a procedural schedule for reviewing Appalachian Power’s (“APCo”) request to revise its fuel recovery rider, called the “fuel factor.” Virginia law allows APCo to recover its actual fuel costs (including purchased power expenses) on a dollar-for-dollar basis, with no rate of return applied. The Company proposes to reduce the current factor of 2.300 cents per kWh to 1.999 cents per kWh. The SCC’s order allows the new rate to become effective (subject to true up) for service provided between November 1, 2020, through October 31, 2021.

APCo cites several market factors affecting its fuel expenses, including the reduced dispatch of its coal generating units during the first half of 2020. The utility explains that, “due to the recent changes in market conditions, the Company’s coal-fired electricity generating units were not being selected in the PJM market or not being dispatched to maximum loads as frequently.”

APCo states that the change to its fuel factor would result in an annual revenue decrease of approximately $40 million. (Separately, the utility is seeking a $65 million increase to total revenues in Case No. PUR-2020-00015). APCo maintains that this proposal would decrease the monthly bill of a residential customer using 1,000 kWh of electricity by $3.01, or approximately 2.8%. A public hearing is scheduled for February 10, 2021. Interested parties may intervene on or before November 20.

On October 1, Dominion filed a petition and request to establish a rural broadband pilot program in order to provide broadband services in areas of the Commonwealth that are “unserved by broadband.” This petition was brought under a provision of the VCEA authorizing electric utilities to propose such programs. The statute defines areas that are “unserved by broadband” as areas of Virginia “in which less than 10 percent of residential and commercial units are capable of receiving broadband service.” Section 56-585.1:9 of the Code of Virginia authorizes Dominion to propose a broadband program for these areas and to recover the costs through a rate adjustment clause. In its petition, Dominion proposes to install approximately 295 miles of broadband fiber lines in three underserved regions: Surry County, Botetourt County, and the Northern Neck of Virginia. The majority of the capacity of the fiber lines would be leased to internet service providers (“ISP”) to enable them to provide high-speed internet service to residents.

On July 1, the SCC established two shared solar proceedings for the purpose of implementing the shared solar programs established by 2020 legislation. The General Assembly recently passed legislation requiring the SCC to promulgate regulations allowing customers of Dominion to participate in a solar subscription program. This program will allow the customers (“subscribers”) to purchase the output from a solar facility or facilities up to 5 MW in size owned by a third party. The subscribers receive a proportional credit based on the output of their share of the solar facility. The General Assembly also passed legislation requiring the SCC to promulgate regulations for a solar program specifically designed for customers living in multi-family housing facilities. Customers of Dominion and Kentucky Utilities, d/b/a Old Dominion Power, are eligible to purchase solar energy under the multi-family program.

The SCC’s order requested comments regarding the design and administration of both programs. Several interested parties filed comments in both dockets on July 24. The Southern Environmental Law Center, the Department of Mines, Minerals, and Energy and the regional chapter of the Solar Energy Industries Association filed comments in both dockets. The SCC published draft regulations as an attachment to its September 21 Order for Notice. The draft regulations include proposed definitions, program regulations, and licensing requirements for potential subscriber organizations. Interested parties may comment on the draft regulations on or before November 2.

On June 29, the SCC established a new energy storage rulemaking docket for the purpose of implementing the requirements of the Virginia Clean Economy Act (“VCEA”). The VCEA, 2020 House Bill 1526, requires Dominion Energy and Appalachian Power to construct or acquire a total of 3,100 MW of new storage resources between 2020 and 2035. The law requires Dominion to construct or acquire 2,700 MW of new storage resources, while Appalachian must construct or acquire 400 MW. Section 56-585.5 E of the VCEA directs the Commission to “adopt regulations [necessary] to achieve the deployment of energy storage for the Commonwealth required in [the VCEA], including regulations that set interim targets and update existing utility planning and procurement rules.” The VCEA also directs the SCC to evaluate “programs and mechanisms to deploy energy storage, including competitive solicitations, behind-the-meter incentives, non-wires alternatives programs, and peak demand reduction programs.”

On July 29, numerous interested parties, including utilities, non-utility storage developers, and environmental organizations filed comments. On August 14, several interested parties, including Dominion, solar advocates, and the Energy Storage Association, proposed draft regulations. The SCC published draft regulations on September 11. The SCC proposed interim storage targets that both Dominion and Appalachian must meet between now and 2035. The SCC’s proposed regulations would require utilities to meet the majority of their total storage obligations between 2030 and 2035. The SCC’s draft also accepted a recommendation from Dominion Energy to impose stringent permitting requirements on any non-utility storage developer proposing to construct a 100 kW or larger.

The draft regulations will be published in the Virginia Register. Interested parties have the opportunity to file comments or request a hearing on or before November 2.

Under Virginia law, Dominion’s fuel recovery rider – called the “fuel factor” – recovers the costs of traditional fuels such as coal and gas as well as the costs of power purchased from third-party generators. Fuel costs are pass-through expenses and recovered on a dollar-for-dollar basis, with no rate of return applied. On June 30, the SCC approved revised fuel rates for Dominion. The SCC authorized lower fuel rates, in part based on declining commodity prices. As part of its final order, the SCC directed its Staff to file interim reports, every 60 days, regarding the status of the company’s fuel recovery.

On September 1, the SCC Staff filed its first interim report in this docket. The SCC’s report, among other things, found that Dominion’s retail sales were higher than anticipated in June and July, likely due to higher air conditioning usage and more customers working from home. The Staff also noted that PJM market prices and commodity prices, including natural gas, coal, and biomass costs, were lower than expected.